The project aims to qualify a battery of tasks measuring
different reward processing domains to support drug development. By conducting early-stage development and validation of reward processing tasks, the ultimate goal is to develop paradigms that are used in experimental medicine and/or larger clinical trials. This is a multi-center European software deployment trial study, which focuses on major Depression and Schizophrenia populations. It is supported by members of the ECNP Experimental Medicines Network.

Anhedonia, the “inability to experience pleasure”, is a frequently reported symptom in many CNS disorders including major depressive disorder.  In clinical practice anhedonia is closely linked to impaired motivation, loss of interest, apathy, and social withdrawal, which together predict poor functional outcomes for patients especially at the social level. Modern behavioral neuroscience has paved the way to understanding these symptoms in the context of deficits in reward-processing and goal-directed behavior. Due to their prevalence in psychopathology, anhedonia and its related constructs have long been targets for drug therapies aimed at alleviating such symptoms. However, the available interview- or self-report based measures of anhedonia have been of limited use in drug development trials for a variety of reasons. While there are several behavioral tasks that have been employed with a variety of patient populations in academic lab-based studies they have not been developed to the regulatory standards required for use in treatment development trials.

RTOC will conduct initial work towards optimizing three experimental tasks, for future use in clinical trials as endpoints, and to develop a valid, neuroscience-informed and online-administered test battery for the measurement of anhedonia and dysfunctional reward processing. Such a reward processing test battery would facilitate early translational research through testing drug-induced change in behavioral measures in correlation with imaging or electrophysiology. To this end, two of the three tasks selected for further investigation will be developed to incorporate simultaneous EEG measurements. The project was formally launched in March 2019. 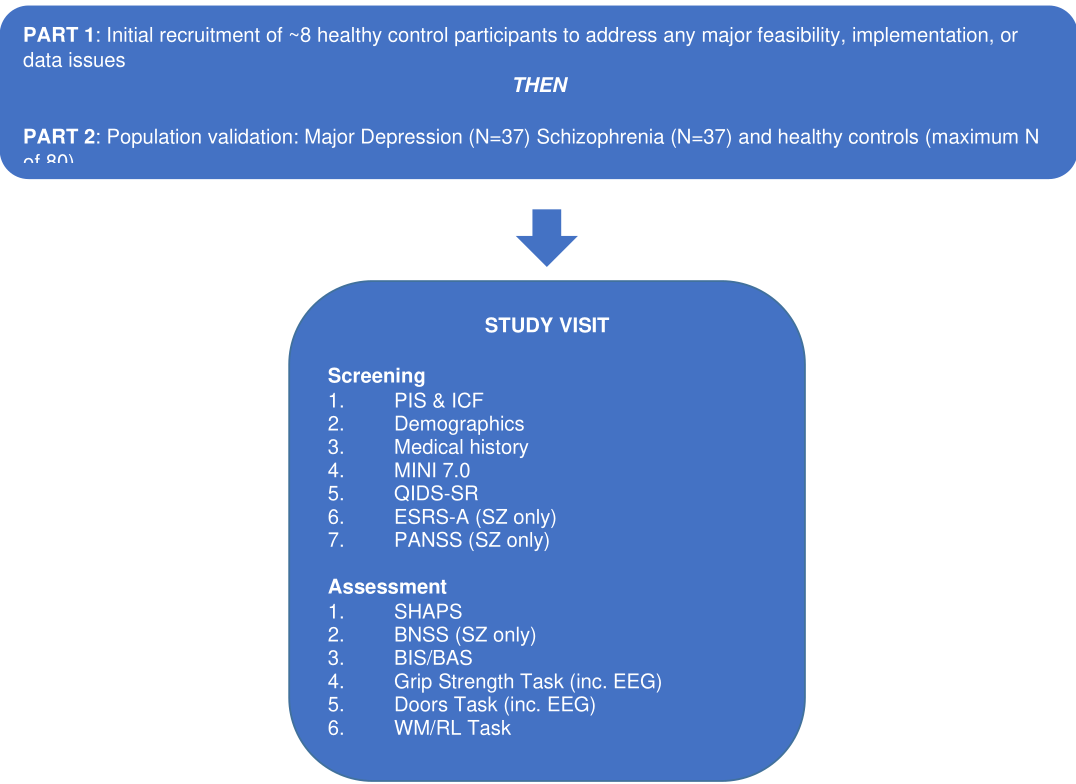