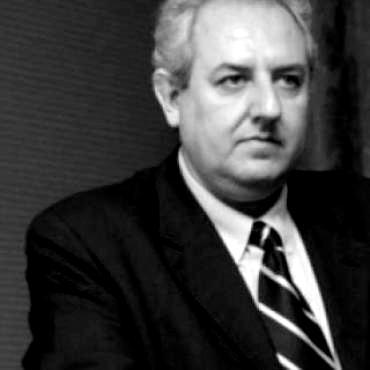 Panagiotis Bamidis is currently Prof. in the Lab of Medical Physics, School of Medicine of the Aristotle University of Thessaloniki, Greece. He has founded and has been leading four research groups, namely, in Medical Education Informatics, in Assistive Technologies and Silver Science, in Applied and Affective Neuroscience, and in Health Services Research. He designs, implements and evaluates IT and Assistive Technologies systems that improve everyday activities of elderly or other sensitive groups and improves their health or life quality or improves the education and training of health professionals.

In the last 10 years, he has been the co-ordinator of six large European projects (captain-eu.org, www.SmokeFreeBrain.org, www.meducator.net, www.longlastingmemories.eu, www.epblnet.eu, www.childrenhealth.eu) as well as the principal investigator for a number of national and international funded projects. His publication record consists of more than 120 international refereed journal papers, and over 400 international peer reviewed conference papers, as well as several book chapters / edited conference proceedings volumes and over some 4500 citations (h-index>32). In addition, he has been acting as a referee in more than 30 journals, and as Guest Editor in more than 25 journal special issues. He is a member of the Editorial Board in 5 journals and Associate Editor in the prestigious series of JMIR journals.

He is the President of the Hellenic Biomedical Technology Society (ELEBIT), a member of the Administration Boards of the Greek Federation of Alzheimer’s Associations and Related Disorders, the Greek AeroSpace & Space Medicine Research Association, a member of the Life Sciences Division of the International Academy of Astronautics and past member of the Innovation Zone of Thessaloniki, Greece. He is/has been the Chairman/Organiser of some 13 international conferences (iSHIMR2001, iSHIMR2005, MEDICON2010, GASMA2010, SAN2011, MEI2012, ΜΕΙ2015, SAN2016, CBMS2017, TISHAW2018, MEI2018, OLLD2019, SAN2020) and several national Biomedical Technology conferences and he is the Conference Producer of the Medical Education Informatics Conference and associated Spring/Summer School Series. He is a visiting scientist at Karolinska Institute, Sweden. He is a member of the Advisory Board of the Open Knowledge Foundation and a founding member of Chapter Greece.

He has been awarded the Prize of the AUTH Research Committee for the Best Track Record in funded research projects among AUTH young academic staff (2009), the AUTH Dean Best Award for the Best Record in attracting funding (2016), and the AUTH Dean Award for Best overall high academic performance (2018). In 2015, he was awarded the title of the Honorary Professor of Karaganda State Medical University, Kazakhstan, as well as the Pospelov Medal for his contributions to Medical Education development by the same University. In 2017, he became a visiting Professor of Medical Education Technology, Innovation and Change for the Leeds Institute of Medical Education (LIME) of the University of Leeds, UK.

His research interests are within technology enhanced learning in Medical Education (web2.0, semantic web and open linked data, serious games, virtual patients, PBL and scenario based learning, learning analytics), Affective and Applied Neuroscience, Affective and Physiological Computing, multimodal interaction and HCI, Health Information Management, Bio-medical Informatics with emphasis on neurophysiological sensing, signal analysis, and imaging of human emotions. He is also actively researching Assistive Technologies for Active and Healthy Ageing, as well as, special education/developmental disorders, and silvergaming/exergaming/silver-science and the associated use of semantic technologies and IoT. In 2013 he established the Active and Healthy Ageing Living Lab in Thessaloniki (ThessAHALL; http://www.aha-livinglabs.com/) which in 2016 became a member of the European Network of Living Labs (ENoLL).